Haven't tried Fitmania yet? Score a week on us!
Let us know your name an email and we'll send you the occasional email tip and coupon for a free week!
Are you ready to make a
significant change
in your life?
Start Here
Crystal H

I love how I feel about myself

I had been stuck in a rut! I wanted to make some major changes in my life. I was not comfortable in my own skin after having to take off over a year of exercise due to some complications during my pregnancy that made movement of my legs very painful. I really wanted to be able to feel toned and healthy again. I also really wanted to set a goal and accomplish it. I have never been good at goal setting and therefore had not really been able to say that I had accomplished many. I wanted to be proud of myself for accomplishing something that was hard, to be able to prove to myself that I COULD do hard things. For me that was a really big motivator, I didn’t want to let myself down. This goal was very important to me because I was finally putting myself first. I truly ached to help make myself a better me, so that I could be a better mother, wife, friend sister and daughter and that felt great!

One of my biggest successes is that I could literally count on one hand how many times I missed a workout. I was there physically or on Facebook live 6 days a week rain or shine. For me this was huge, in the past when things like staying up too late or feeling like I was coming down with a cold would have been an easy excuse to skip a workout but I made it a goal to be there as much as I could and I did! Now the workouts have become my routine I don’t want to miss them. I love how I feel about myself after them and I will continue to do them.
Another huge success for me was that I changed my sleeping\waking habits that I have had my whole life. I used to stay up way too late and then sleep in as much as possible with 4 little kids and then feel terrible the whole next day and then repeat it again the next day! In order for my husband and I to both work out in the morning I started getting up at 5 am in the morning everyday and going to bed usually around 10 but sometimes earlier! It felt great to be able to get so much more done in the morning and be more energized and ready for my day!
Another success for me was doing better at clean eating and eating more often so that I didn’t get over hungry. I wasn’t always perfect at it but I liked that I made marked changes and felt positive about the improved choices and habits I created. I will continue to pursue these changes because I really enjoyed how I felt when I followed the guidelines.
I also felt that I had success in becoming stronger which was something that I was really craving. I have scoliosis and some other issues from an old injury and have found certain exercises difficult but I really tried to give it my all and do everything to the best of my ability and because of that I have seen improvement in my body and my strength.
Some obstacles/ life changes that I went through during the challenge were that we searched for and bought a new house and went through all the stress and exhaustion of packing and moving! Also traveling and eating well was a difficult thing to accomplish due to the fact that most people do not eat like this and I had some family make fun of me for choosing not to eat what everyone else was eating and instead making healthier choices. It was uncomfortable but I am really proud of myself for sticking with it and making the extra effort to plan ahead so that I could make healthier choices even though it was difficult. I also injured my wrist and had to modify some exercises but I stuck with it and did whatever I could. 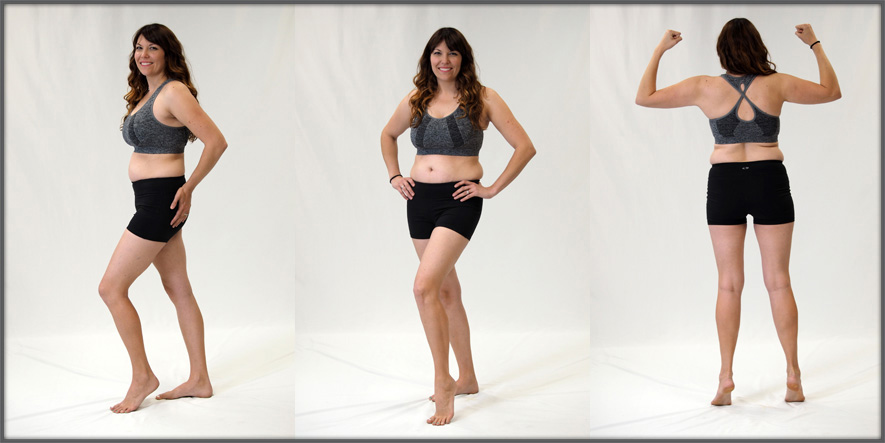 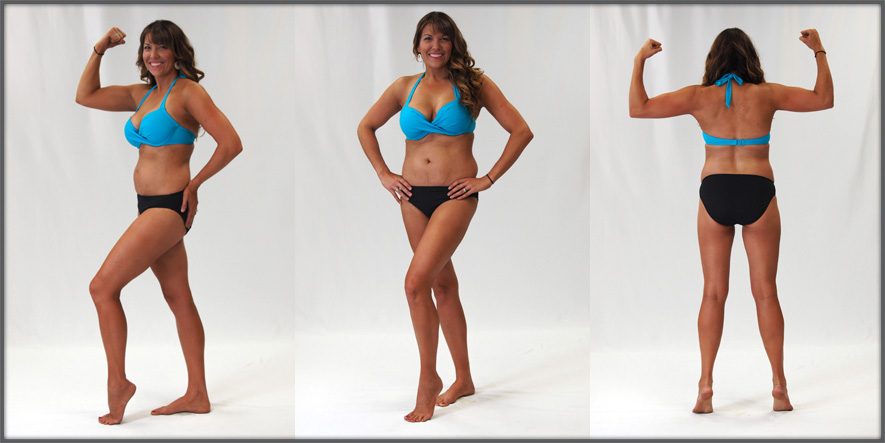